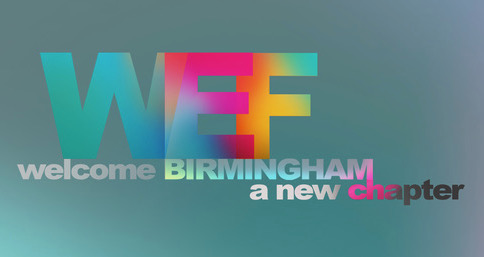 Birmingham and West Midlands Women Economic Forum established in June 2017. This chapter is committed to enabling and empowering women to accomplish their unfulfilled dreams, be economically stable and leave a legacy to the younger generation.

We are reaching out to a broad spectrum of women including less fortunate women and men by encouraging, enabling, empowering and engaging their entrepreneurial ventures.

Our conference 20 and 21 June 2018 is focused on enhancing women’s economic power.

We believe that when a woman is economically able she, in turn, enables her family, community and in extraordinary cases enables a nation.

Women’s economic empowerment is important for a country’s development from small family units within communities to larger business units. No country can progress if it isolates 50% of its population. Having empowered women in a country means a greater reduction in dependence rates, increased household income, leading to increased household purchasing power, resulting in an increased standard of living and much more. Women who are economically able have greater access to independent decision-making regarding career, job selection, education, investments, health and well-being.

We are aware through the research of Deborah Belle and Joanne Doucet that poverty, inequality, and discrimination endanger women's well-being. Poverty is one of the most consistent predictors of depression in women, probably because it imposes considerable stress while attacking many potential sources of social support. Economic inequalities within societies are associated with reduced life expectancy and a variety of negative physical health outcomes. Discrimination maintains inequalities, condemns women to lives of lessened economic security, and exposes them to unmerited contempt.

It is not about men against women, but there is evidence to show through research that when you have more women in public decision-making, you get policies that benefit women, children and families in general,

So women tend, when they’re in parliament, for example, to promote women’s rights legislation. When women are in sufficient numbers in parliaments they also promote children’s rights and they tend to speak up more for the interests of communities, local communities, because of their close involvement in community life,  Winnie Byanyima, executive director of Oxfam International.

A study by the United Nations regional body concluded that if women had the same access to employment as men, poverty would shrink between one and fourteen percentage points in the countries of Latin America.

Get your tickets here